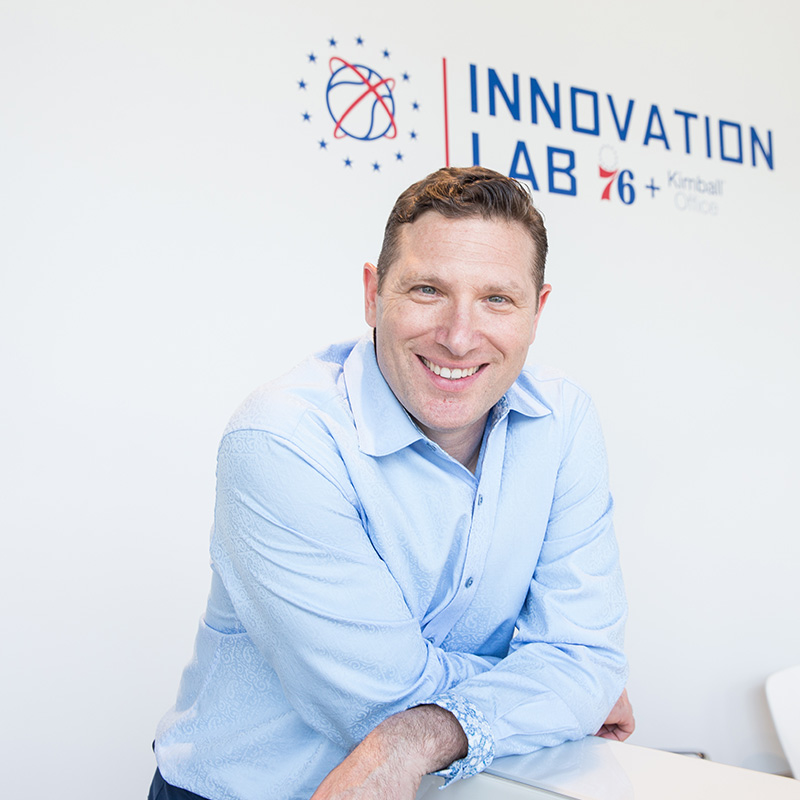 Seth Berger earned his MBA in 1993 from the Wharton School and his Bachelor of Arts in Economics from University of Pennsylvania in 1989. Seth has been the CEO of four businesses in the consumer space, and his fifth “venture” has been to build an elite high school basketball program as Head Coach. In these ventures, Seth has started with a hyper focus on the understanding of the target consumer, with the philosophy that every consumer business must meet and communicate a specific consumer need to survive. After that, he has worked to create branding and marketing strategies to drive messaging that sticks in a world of constant consumer messaging.

As Founder and CEO of AND 1, he ran an upstart basketball sneaker, apparel and entertainment company. After starting out selling screen printed tee shirts in 1993, the Company moved into the broader apparel and footwear market. AND 1 reached its height it 2001, when it attained the No. 2 spot in the US basketball footwear market. At its peak, AND 1 had revenues of $285 million, including its licensees. In addition, AND 1’s entertainment division created the Mix Tape tour and Streetball, an ESPN series that was the No. 1 rated show among male teens, eclipsing SportsCenter. AND 1 also donated more than 5 percent of its annual profits to youth-based charities. In 1999, the partners sold a stake in the business to TA Associates, a venture firm out of Boston. In 2005, the company was sold to American Sporting Goods, a private shoe company based in Irvine, Calif.

Seth served as CEO of HoopsTV.com from 1999-2001. He helped raise $15 million in financing for the business, hired its staff, and launched a site dedicated to basketball fans all around the world. Despite negotiating a partnership deal with ESPN.com, the business was unable to generate enough revenues to continue, largely because broadband capabilities were not strong enough to sustain its business model. Seth shut the business down in 2001.

In the fall of 2005, Seth took on a part-time CEO role for another start up, Lightning Poker. This business was the brainchild of Brian Haveson, former CEO of Nutrisystem. Brian was traveling the country as a professional poker player, and he approached Seth with his idea and patent. Seth helped raise $1 million in financing, hired a staff, created an automated poker table, and negotiated an international distribution deal with Shufflemaster, a public company. After 12 months, he turned the Company back over to Brian, as part of their original agreement for his term of service. Lightning Gaming now holds many slot machine licenses, in addition to its original product, and is a non-traded public company. More information can be found at www.lightningpoker.net.

Seth self-funded a small venture in the mobile gaming space. GravyTrain created a Facebook game, “imthnkgof” (I am thinking of), and launched it in December of 2011. Although the idea was executed well, the market for these games started to crash, led by Zynga, and Seth shut down the business before wasting too much money.

Seth is currently the Head Boys Basketball Coach at The Westtown School, in Westtown, PA. He has had this role for 15 years, and was an assistant for two years before that. His teams have a 73 percent winning percentage, and they won their league title nine times. The team won the state championships in 2016, 2017, 2020, and 2022. The Westtown program is a high level athletic and academic program that has helped many kids move on to play Division 1, 2 and 3 basketball in recent years. When Seth took over the program, the team had a 3-15 record in his last year as an assistant, and it had only won one basketball league title in 1986.

He and his wife, Christelle — also a Wharton School graduate — have three boys. They also have guardianship of five brothers from overseas who attended the Westtown School and now live with the family. Prior to Wharton, Seth was Legislative Director for US Representative Harold Ford, Sr. from 1989-1991. He was, at 21-years old, the youngest Legislative Director on Capitol Hill. As an undergraduate at Penn, Seth was a four-year letter winner, captain and MVP of the Sprint Football team. He played one year of junior varsity basketball. Seth also received the Bowl senior award for service to the community. He is still waiting for his first 10-day contract in the NBA.